The film Scary Movie 3 (directed by David Zucker, 2003) features a scene parodying the paintball drive-by from the movie 8 Mile. 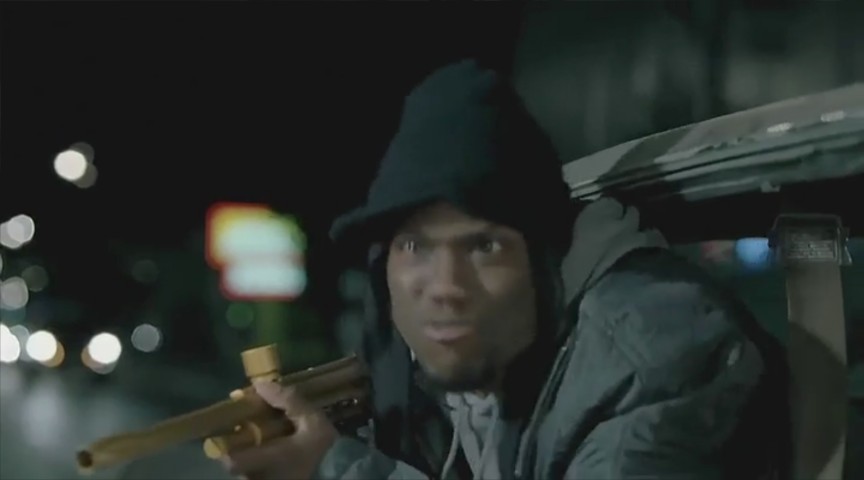 In a scene parodying the drive-by from 8 Mile, CJ (Kevin Hart) leans out the window with a gold-painted Viewloader Revelation and shoots at
two people standing in front of a grocery store. As was the case in 8 Mile, CJ's marker also doesn't have a loader. 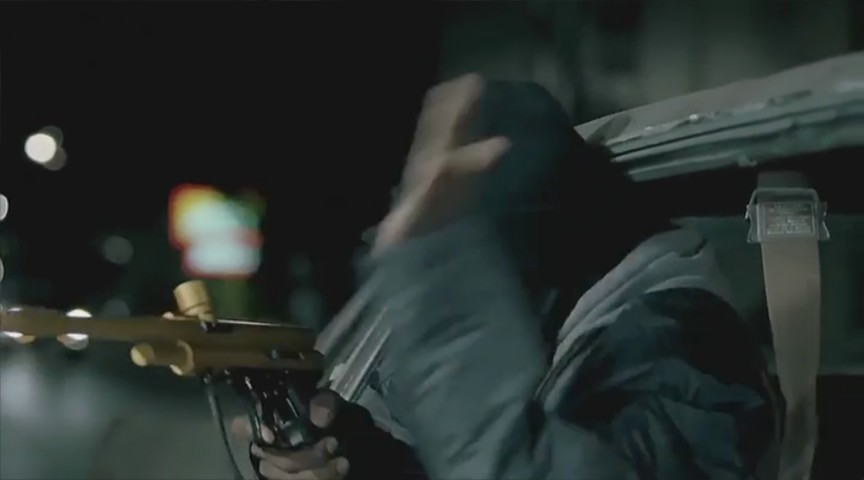 After two shots, CJ slaps the gun a couple of times, as if it's jammed or- more likely for a marker with no loader- out of ammo. He then switches
to a painters' roller with an extension handle to tag another passerby, and eventually heaves a whole can of housepaint at a parked car.