Not a game day, unfortunately, but a look back at one of the places we used to play in, here in Kenai.
Just outside of town was a small military base called Wildwood Station, a fairly decent description of which
can be found here. The Army moved out of the base in the late sixties, it passed through the hands of the
local Native Association, and then was bought by the city to be converted to a medium-security prison.
Roughly a mile from the original main base, was a place called Building 100, which was essentially
a 'Cold War' radio listening station.

Building 100, being some distance away, was more or less left to rot, and by the time I started playing 'ball, it had
been pretty well stripped, vandalized and graffittied. The local players called it the "Asbestos Playground", probably
with good reason. After the Air Station days, but before the prison, the building had been converted into a sort of
experimental hydroponics farm, but even that had been stripped out. The shell of the building, however, was plenty large
for some "indoor" paintball- the main room was roughly 100' x 150', with several rows of thick columns. We played
there in the winter so we din't have to slog through the snow, and used it and the property around it during the summer.

The Association, worried about kids getting injured, asked us not to play there anymore, so we went back to the woods.
In 2005, a local church group (briefly) got permission to play there, did some cleanup and held a few games, but shortly
afterward, the city decided it was an "attractive nusiance" and had it demolished. 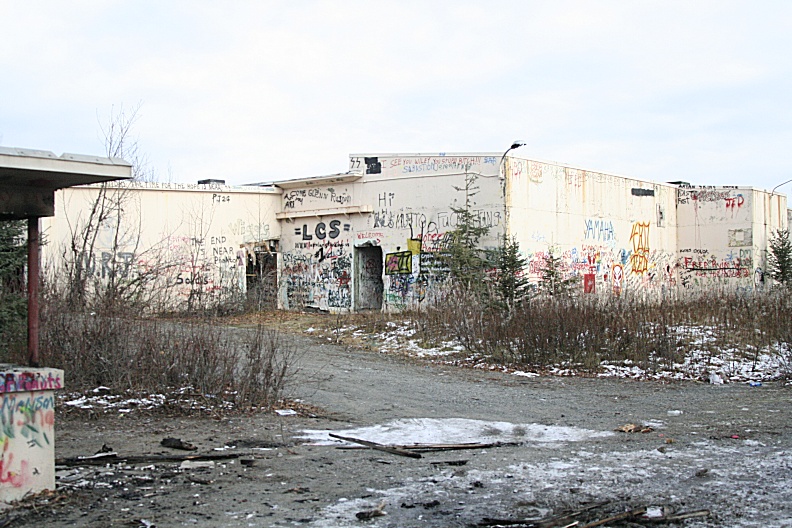 This is looking in the front gate. There's a big iron gate-arm on the far right (out of the frame) with a "Keep Out" sign welded to it.
The thing seen in the far left edge was a guard shack. The entire place was surrounded by a chain-link fence. 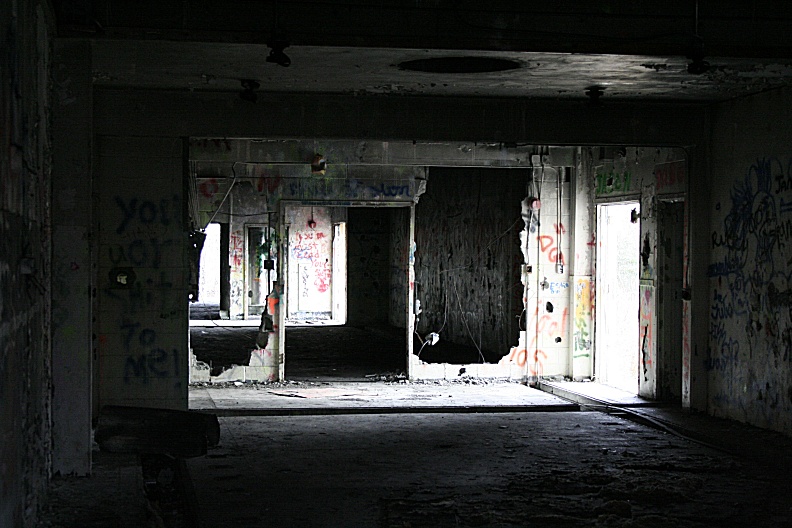 Going inside the foremost doorway seen in the first photo, is this side row of what used to be, I'm assuming, offices and storage.
There's evidence of several long-gone walls (plus the one that's obviously not all that long gone) and some odd metal-lined troughs
in the floor, that I suspect held wiring and/or steam-heat pipes. 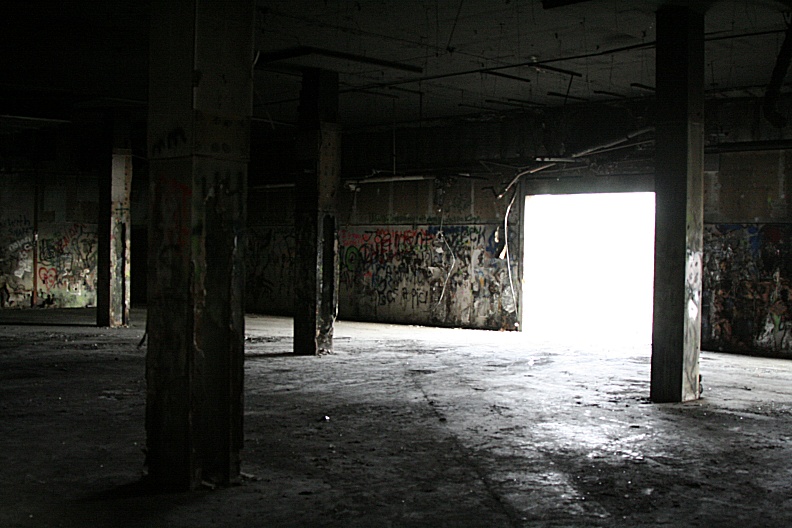 Moving nearly to the end of that side row, is a main entrance to the big central room, this shot is looking through where some
school-type double-doors used to be, facing the rear of the building. That's one of two "loading dock" openings. There used to be a
wall going across that last row of columns, with a doorway/kiosk thing in the middle. It had been mostly bashed when I was first there,
and has apparently now been entirely demolished and hauled off. There's a "utility room" at the far left corner.

Two other major changes- first off, the floor is clean. There used to be two inches of muck and garbage, mostly from the drywall bashed
off the walls, and the acousic ceiling tiles that had been pulled down. They've scraped and swept it to bare concrete, and it's actually usable again.

Second, the ceiling is now flat black. Apparently people have set several fires in there (fortunately it's a mostly poured-concrete building)
and what used to be peeling-grey paint is now flat black. Doesn't help the lighting, which is pretty bad in spots. 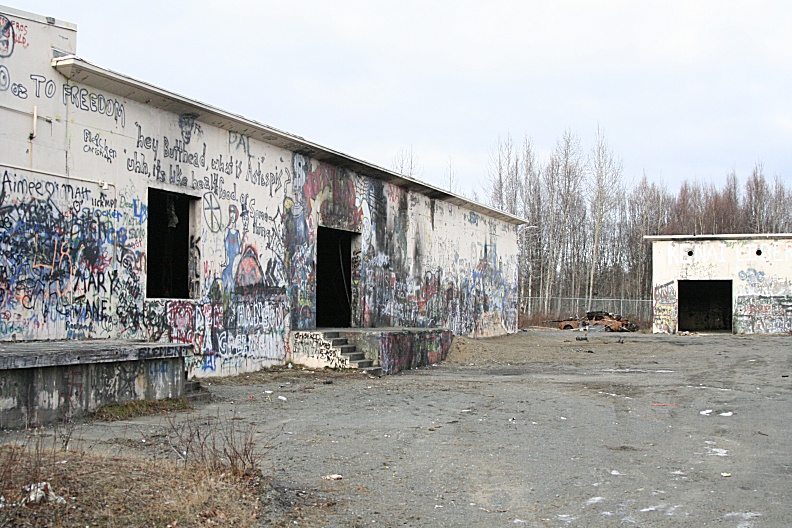 The back end of the building, with the "boiler building" on the right. Nothing in there but a few industrial/garage type rooms, and two very large old
oil-fired boilers for heat. I assume they also had a diesel generator for power, since there's no- and never was- any main power service out to the installation.

You can see the fresh dirt on the far loading dock- I'm assuming they piled that there to get a BobCat in there to help scrape out all the gunk. 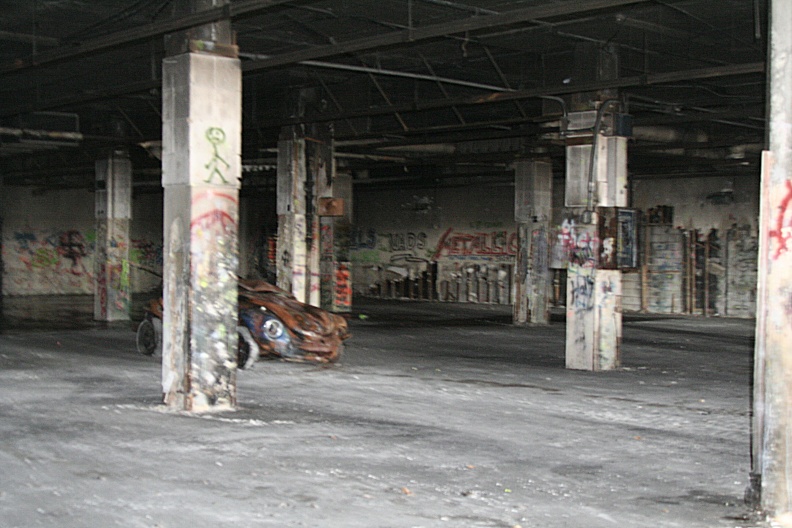 And another shot of the main room, shot from the same spot, now looking about 90 degrees to the left of photo #3.
There's two cars they hauled in from outside- apparently there were several others that got hauled away- for use as barricades.
As I recall, there's five columns in width, and six or seven in length.  Along the right-hand wall were fans and ducting for the
hydroponics, which at the time made a great maze to sneak through.