Cleaning up a Rockwell Tool Grinder 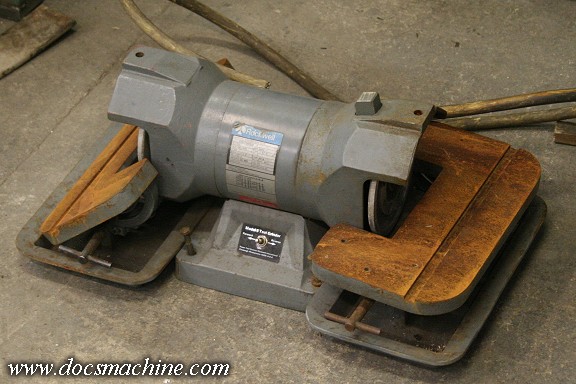 A while back I picked up Rockwell tool grinder so i could use diamond and silicon carbide wheels
for carbide cutters. While I'll be modding it later with a VFD for speed control and probably building
a new stand for it, it can still be used as-is. The paint's in good shape, but it's a bit grungy, though,
so while I don't feel obliged to detail strip it, it does still need a touch of attention.

It's much like a typical Baldor 500 tool grinder, except this one's 3-phase so I can use the VFD
to slow it down in order to use diamond laps for carbide scrapers. The Rockwell also has this
interesting little feature- a spring-loaded wooden block that acts as a wheel brake. 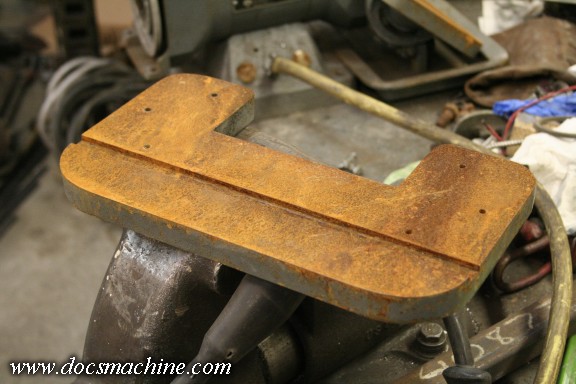 The only real problem was the tables. The grinder had originally come out of a local equipment auction,
and as appears to be the normal operating procedure, had opted to leave it out in the weather to "season"
for a few days prior to the sale. Lacking a Blanchard grinder, I could have just attacked them with some
Naval Jelly, or a Scotchbrite wheel on an air sander, or just straight up sandblasted them.
But hey, what's a surface grinder for if I don't use it to grind surfaces?

First, since it'd be tough to grind in there, I beadblasted out the miter gage groove. Then a quick ride
through the surface grinder, and we're shiny new again.Only had to take off about .002", though
that did leave just a few scratches and dings here and there. It's plenty clean enough. 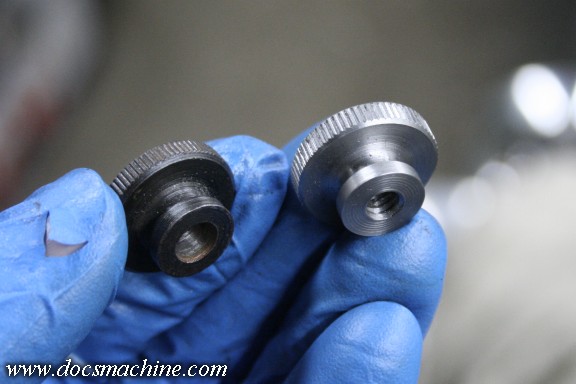 Then it was a quick parts-wash and a reassembly. Turns out I was missing two parts- a T-handle
for one table tilt (there's four locks) and one of the drip-tray thumbscrews. (Thumb-nuts?)
Easy enough, a chunk of 1" mild steel and ten minutes on the lathe, and presto. 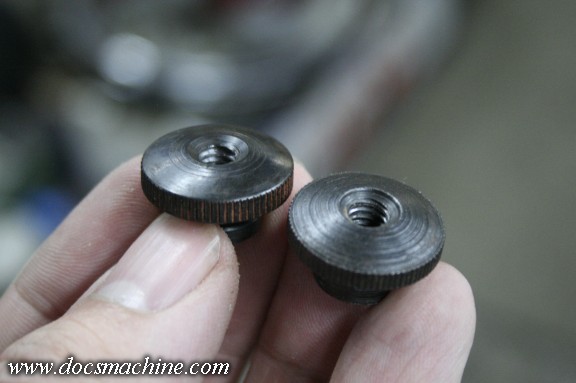 A quick degrease, some gun blue, and a light coat of oil later. (The new one is on the left.) 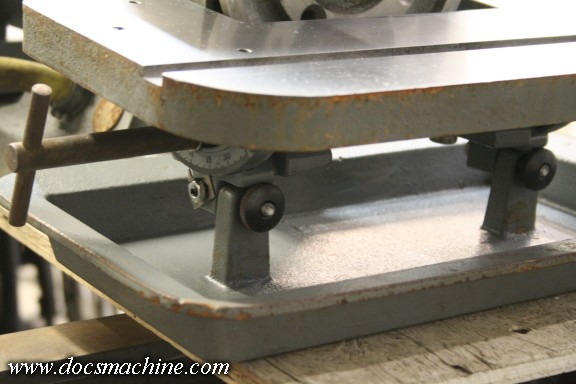 Slap it in place and it looks factory stock.

The missing T-handle lock was no harder- a chunk of 1/2" scrap rod from the junkbin
(this one came out of an old copier) and another ten minutes on the lathe,
followed by a quick poke in the drill press... 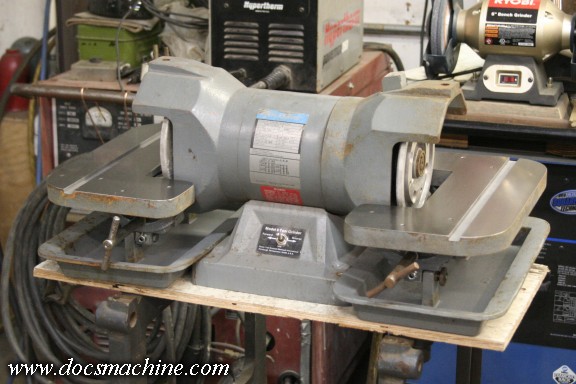