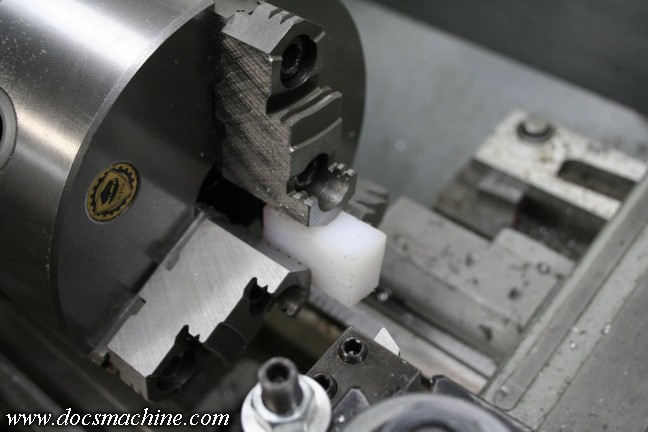 Local player was due to head for the States for a tourney in just a couple of days, and his backup gun, an
Empire Vanquish, wasn't cooperating; it keeps overpressuring and venting. Naturally enough, that's the reg seal-
which Empire didn't exactly make easily accessible. Once I managed to crack it open, sure enough, I found some
debris embedded in the seal- which besides being difficult to access, is also a unique seal.
At least unique to these Empire bottomline regs.

I tried scraping the debris out and gently refacing it, but by the time I got all the gunk and nicks out, it was too
thin- the leak went from a mere overpressure to a gusher. I seem to recall hearing the regs were labelled as "not user
serviceable", so I'm not sure if Empire even sells new reg seats. And even if they did, I couldn't order one in time
for the weekend anyway. So, I just had to make do. I found a bit of Ultra-High Molecular Weight Polyethylene
in my scrap bin, and chucked it up in the lathe despite the trivial issue of it not actually being round. 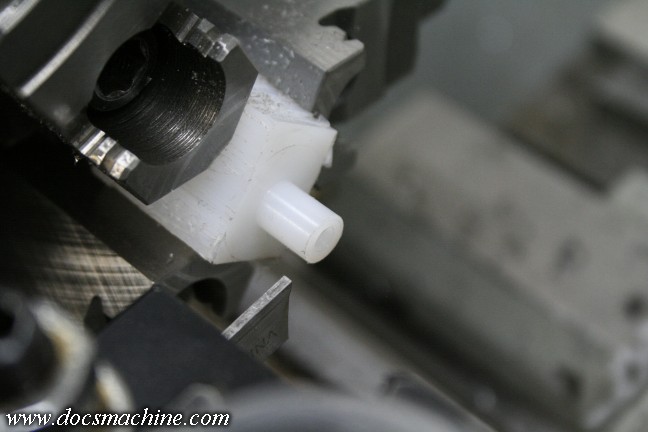 I cut and drilled a stub, gave it a chamfer for a "seat", and parted off a thin disc. 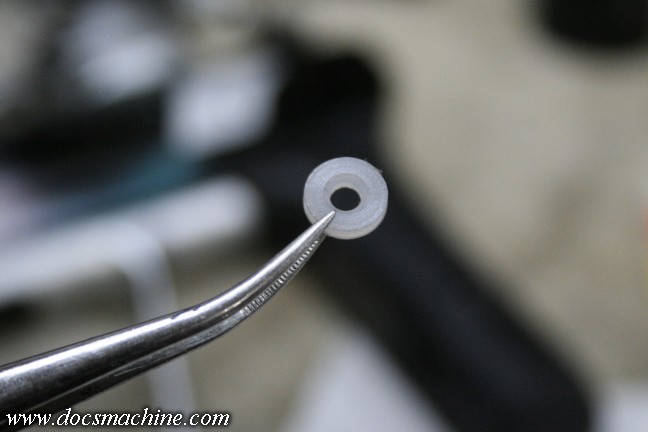 Voila`! One reg seat. But does it work? 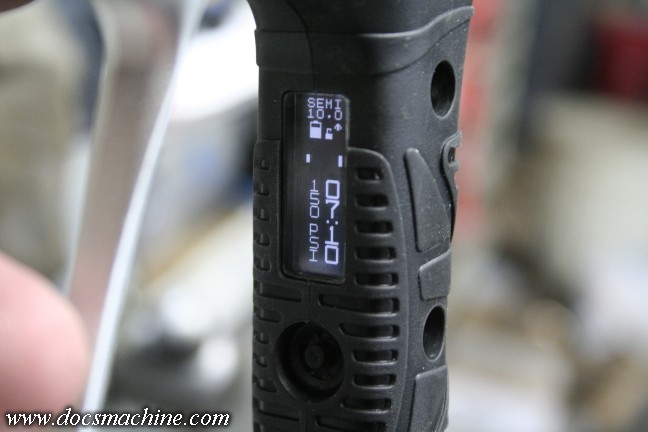 Of course it does! And nicely, too. It held a steady pressure for over half an hour, according to the built-in display.
Later, I honked a couple hopperfuls through it to make sure the repair held. And to check for drop-off.