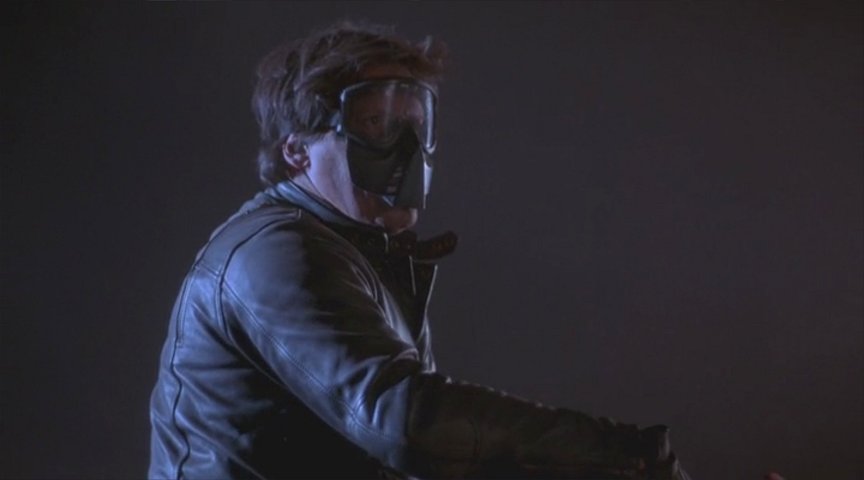 In a brief scene just after Ben Richards (Schwarzenegger) is sent out into the wasteland at the beginning of his "run", one of the motorcycle
"chasers" is seen wearing a goggle/mask combo very much like those used in the early days of paintball. The setup was made by Oakley
specifically for motocross (as were most of our early goggles) and were only used for a few years in the mid-80s, primarily in Europe.