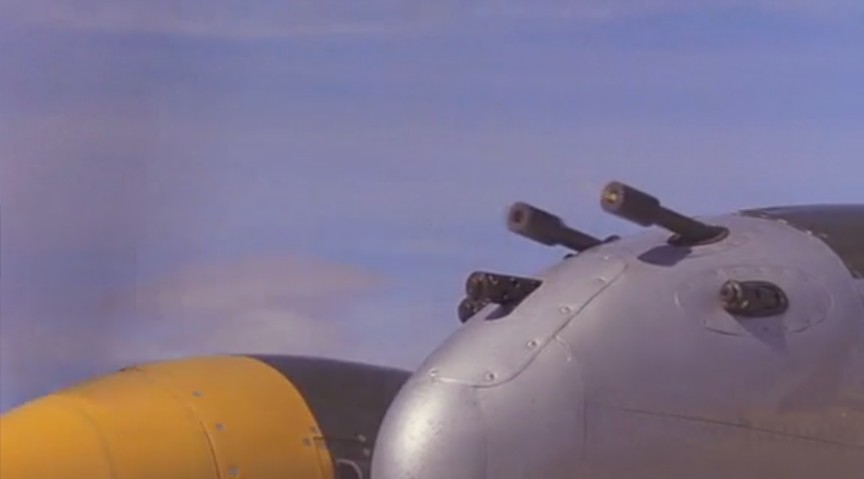 At the beginning of the film, we see several vintage warbirds taking off for a desert airshow "dogfight" demonstration, and within moments,
Col.Charles "Chappy" Sinclair (Louis Gosset, Jr.) in his Lockheed P-38 Lightning gets behind Horikoshi's (Shin'ichi Chiba) Mitsubishi A6M Zero
(in reality a North American T-6 Texan) and fires a burst from his nose-mounted .50 caliber machine guns. 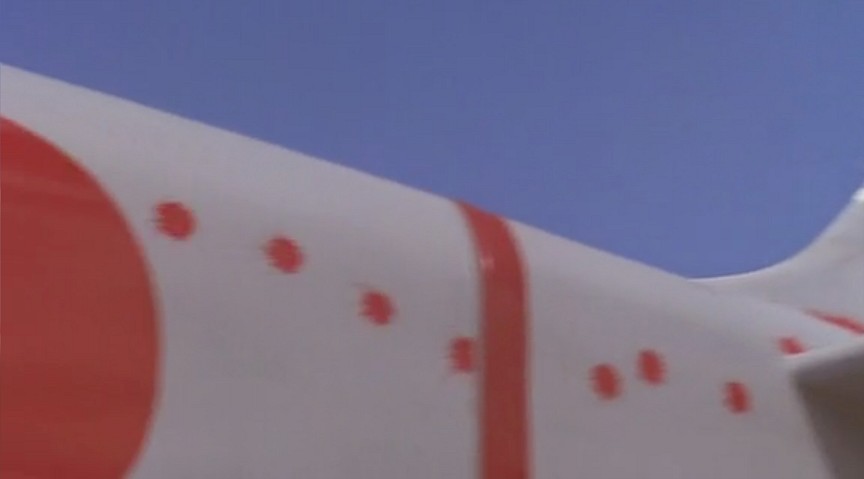 The shots hit the tail of Horikoshi's Zero- and turn out to be just "paint" bullets. Horikoshi turns on his smoke ejector and lands. 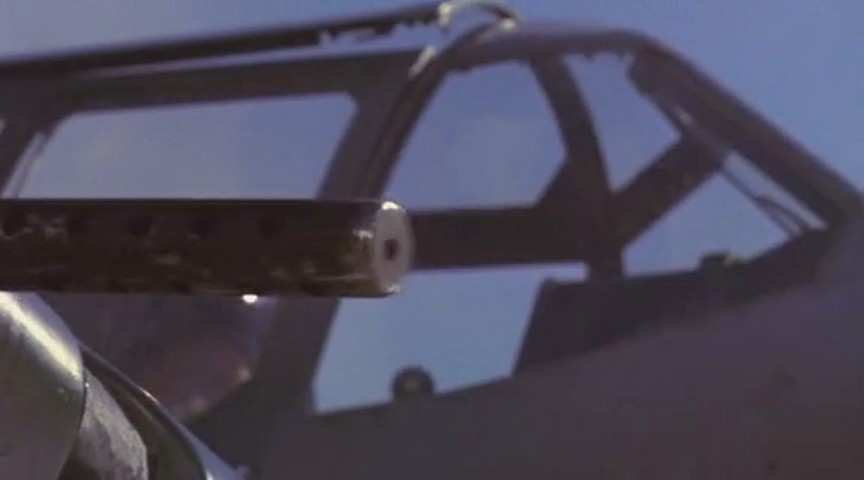 Soon after, Leichmann (Horst Buchholz) in his Messerschmitt Me-109 (in reality a North American P-51A Mustang) gets behind
Palmer's (Christopher Cazenove) Supermarine Spitfire, and fires a burst from his 7.62mm guns. 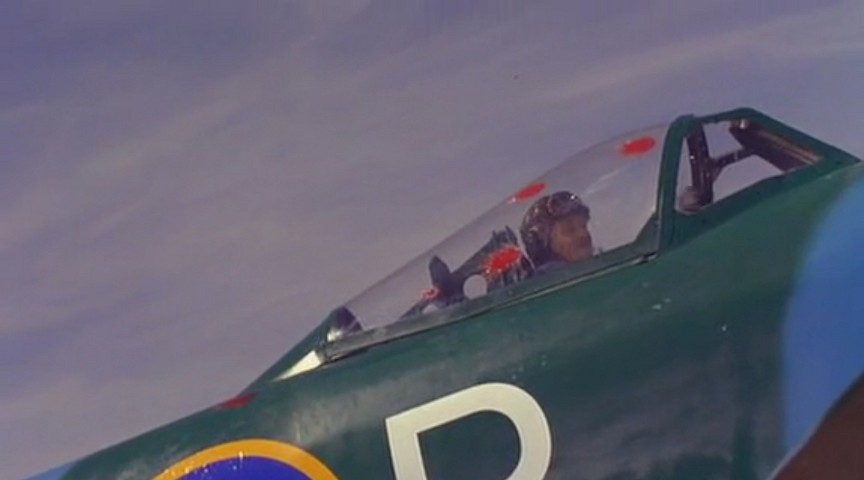 And Palmer's Spitfire, too, is struck by "paint bullets". 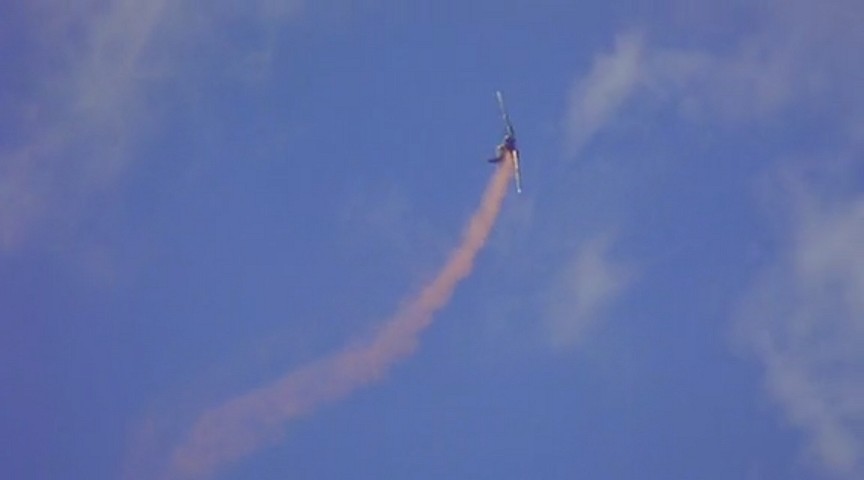 Palmer turns on his smoke ejector, does a loop, and lands. 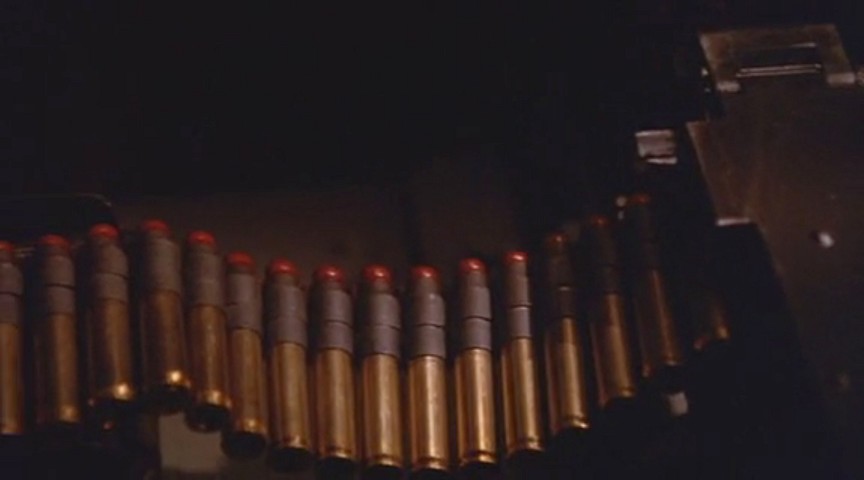 Later in the movie, the pilots are doing another demonstration, and during the dogfight, we see the "paint bullet" tipped cartridges being fed into and fired from
Leichman's guns, as he chases Chappy. 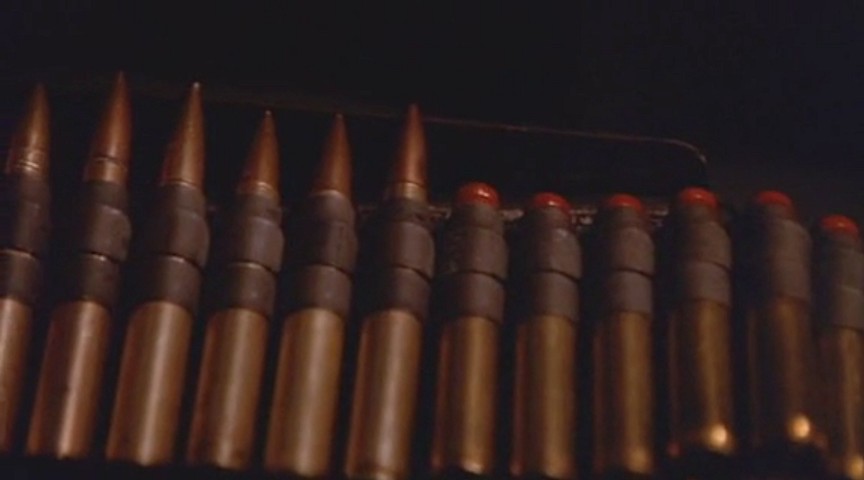 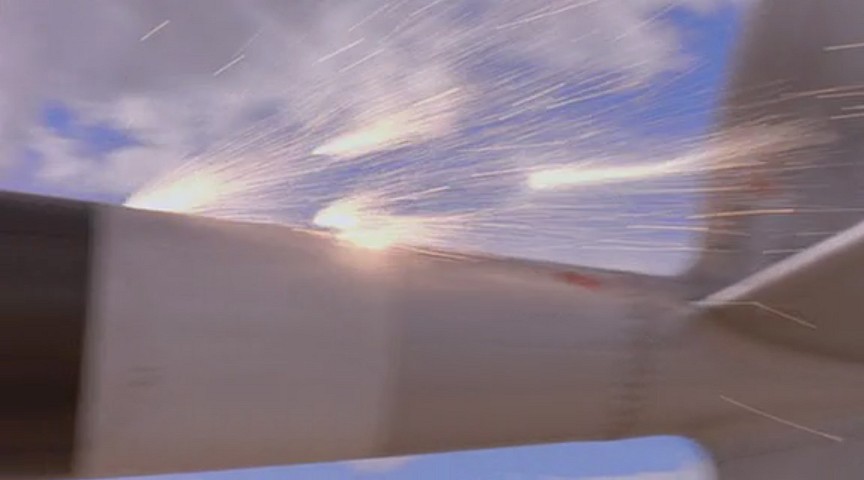 Leichman fires a second burst, with the live rounds striking Chappy's right tail spar, and setting his engine on fire.

While neat effects, "paint" bullets simply can't work that way, and even if they did, they'd be very dangerous to actually fire at another airplane.

Interesting Note: The "sparking" bullet strikes seen here, are very likely produced by shooting a plastic ball the same size and shape as a paintball,
but filled with a zirconium powder mix, which ignites in a small shower of sparks upon impact. Many movie studios use conventional paintball guns
to fire these spark balls, although there is a commercial one made specifically for SFX called the Sweeney Gun.