In the movie The In-Laws ( Michael Douglas, 2003) a paintball gun is used to inject knockout gas into a car. 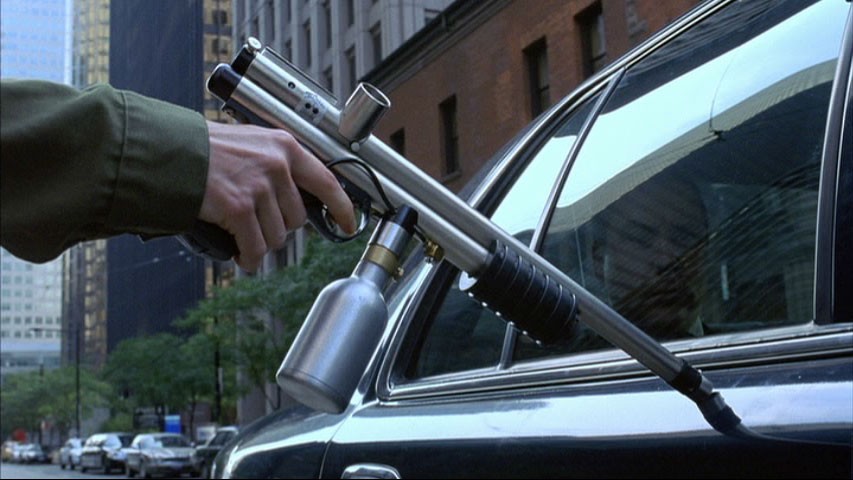 (Under Construction) In this scene, apparently a spy uses this marker to inject knockout gas into Steve Tobias' (Michael Douglas) car.
The gun is clearly a Palmer's Pursuit Shop 'Stroker'- you can even see the PPS "double barrel" sticker right behind the feed neck.
A Stroker is an auto-cocking semiauto built off a Sheridan/PMI brass pump, in this case almost certainly a PMI-1 with direct feed.
Also note how the tank appears to have been shortened- there's a seam at the base, and it's noticeably shorter than even a
regular 3.5 ounce tank.