The Fringe episode "The Arrival" (season 1, episode 4) features a paintball gun made up as an energy blaster. 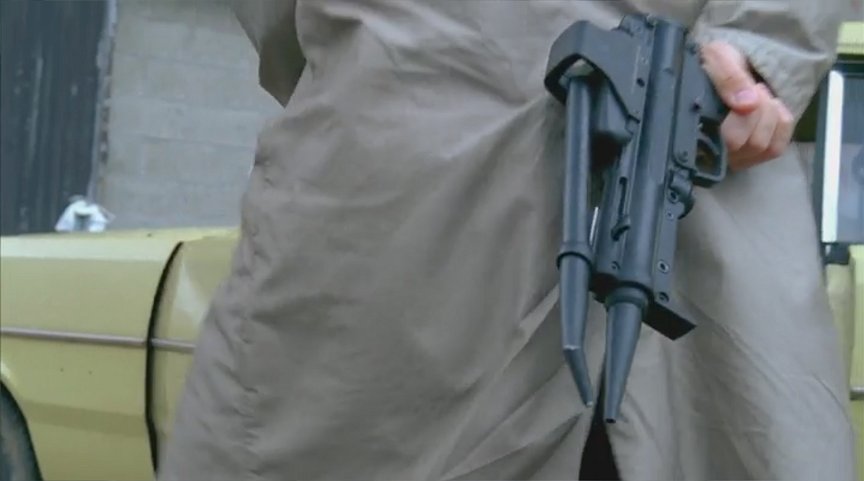 A man known only as 'The Observer' (Michael Cerveris) arrives at the warehouse in search of a strange cylinder. He gets out of his
car and conceals a "shockwave gun" behind his back- a gun made from a lightly modified Tippmann A5 semiautomatic paintball gun.
The modifications include simply removing the vertical foregrip, air hose and bottomline, then adding an EOTech M552
holographic sight and a couple bits of pointy tubing. 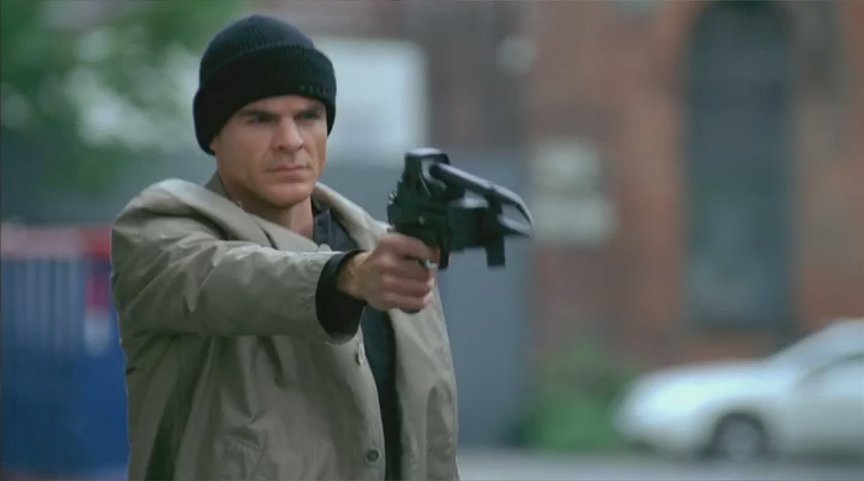 He then proceeds to start blasting his way into the warehouse. The SFX of the shots are all added digitally. 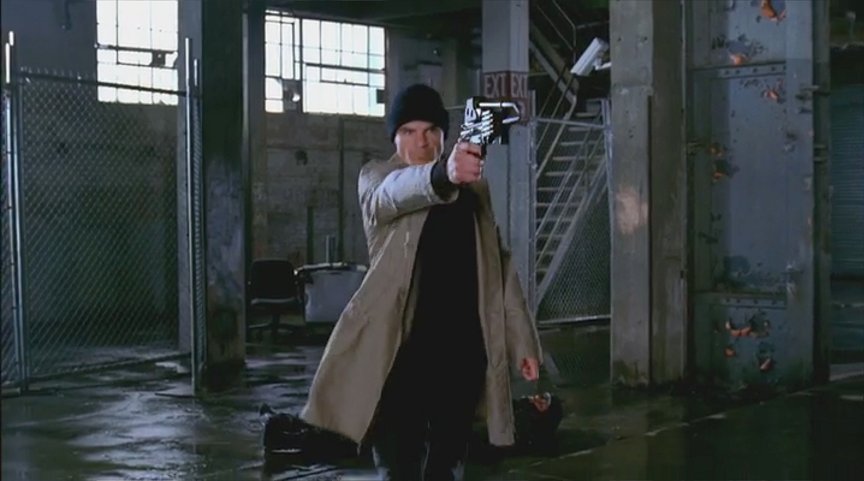 In this frame, you can see where the marker's "Cyclone" feeder has been removed, and a finned block attached to cover up the hole. 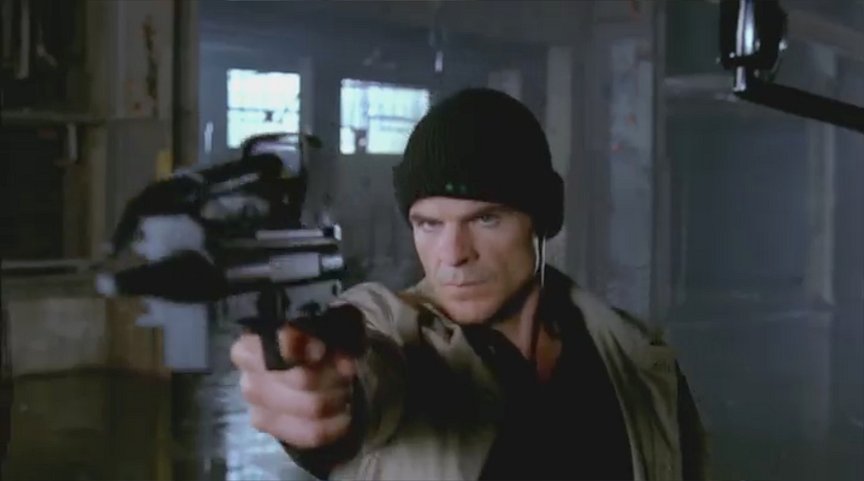 Also note the flat space on the side of the receiver, which usually has a sticker that says "Tippmann A-5".