The movie Friday the 13th, Part VI (directed by Tom McLoughlin, 1986) finds Jason Voorhees in the middle of a paintball game. 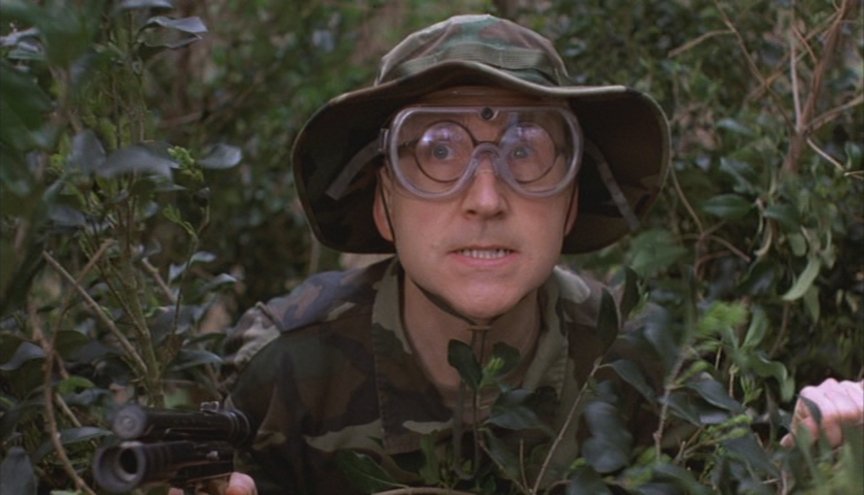 Several minutes and at least three murders into the film, we're given the scene of something moving behind the dense brush... only to find out
it's just Roy (Whitney Rydbeck) one of several people out on a corporate paintball outing. The eyewear is a pair of woefully inadequate plain
shop goggles, and the gun is a Nelson Paint Company Nel-Spot 007, with an extended ABS pump grip and add-on rear loading gate. 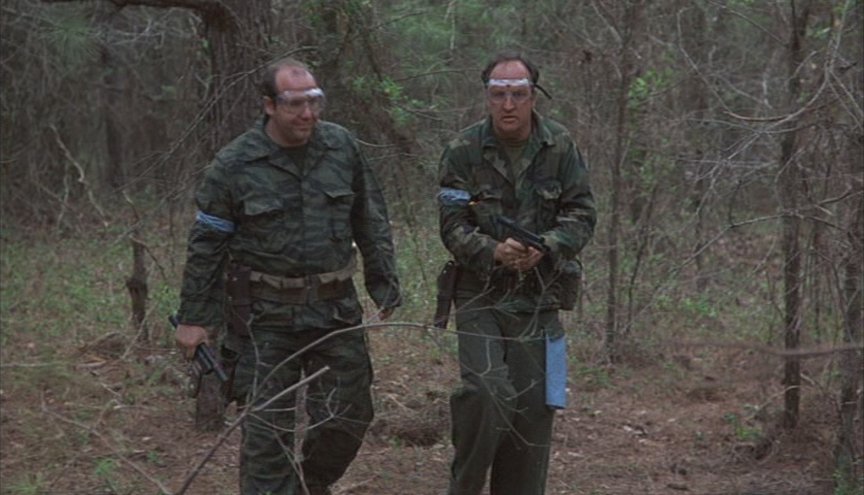 Moments later, we meet Larry (Alan Blumenfeld) and Stan (Matthew Faison) as they walk around looking for Roy, who they think is
the last player left. Both guns are the same Nel-Spots, and googles are the same crappy shopwear.

Larry obviously isn't overly concerned with keeping his marker at the ready, but note both players are wearing the original Nelson leather holsters.
And if you watch close, you'll see that Stan, on the right, has a chest pocket full of more tubes of paint, at least two yellow and one of red. 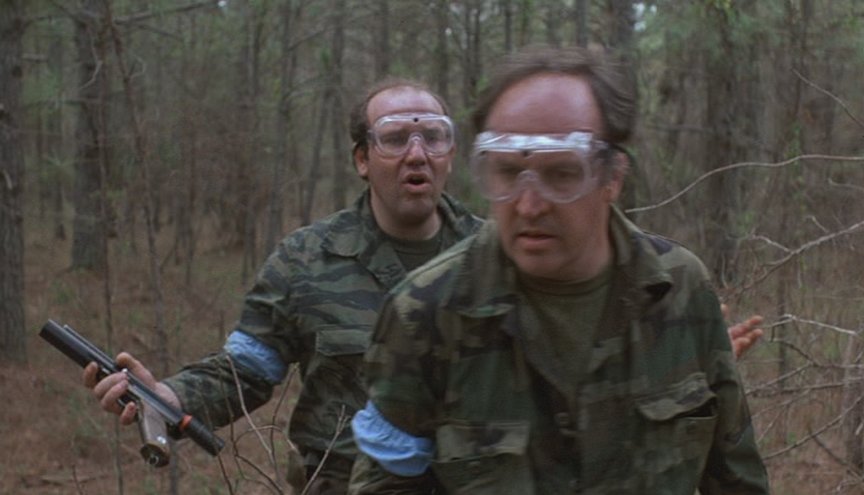 One of the few decent shots of the markers. The front tube is a common mod of a day, a pump grip made from black ABS pipe.
The bit at the back is more PVC pipe jammed into the rear of the upper tube of the gun, which uses a plastic "sock holder" piece
to make a one-way rapid loading gate. Just push an open 10-round tube in through the fingers of the sock holder, and you're loaded! 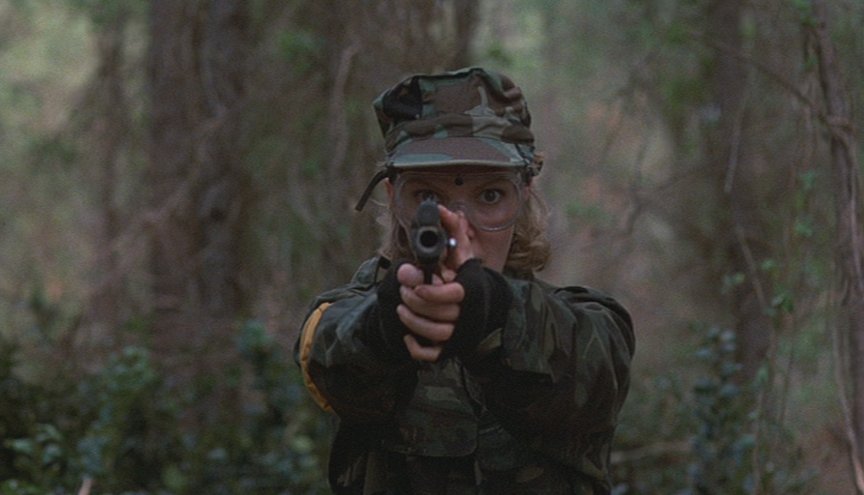 After trudging around and griping for a while, Katie (Ann Ryerson) jumps out of a bush and levels her marker at them. 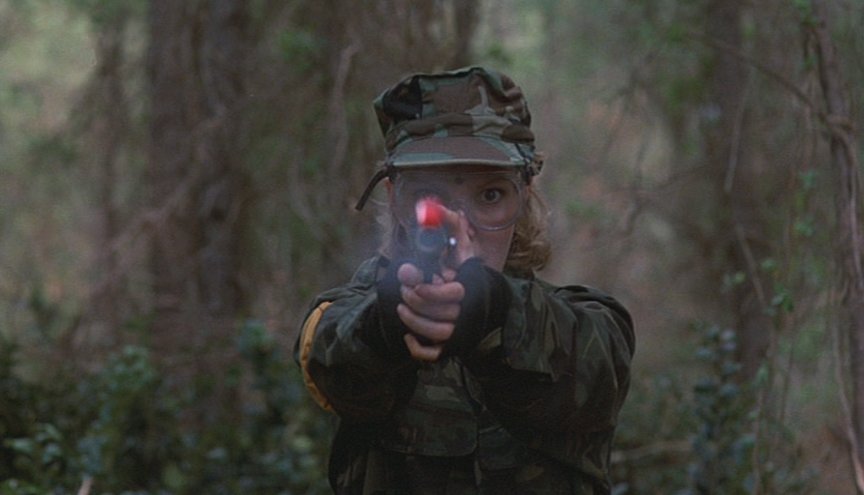 Before they can react, she shoots- and it appears to be an actual paintball fired! 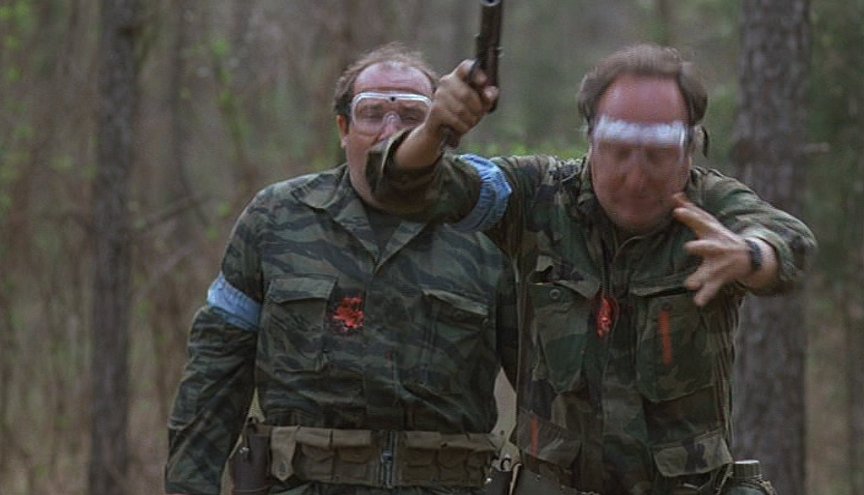 Larry and Stan both take one to the chest- and in rapid succession, with the two shots occuring faster than even world-class players could
have done, and which is virtually impossible with the old "rock and cock" 007. The hits, though, appear to have been actual paintballs. 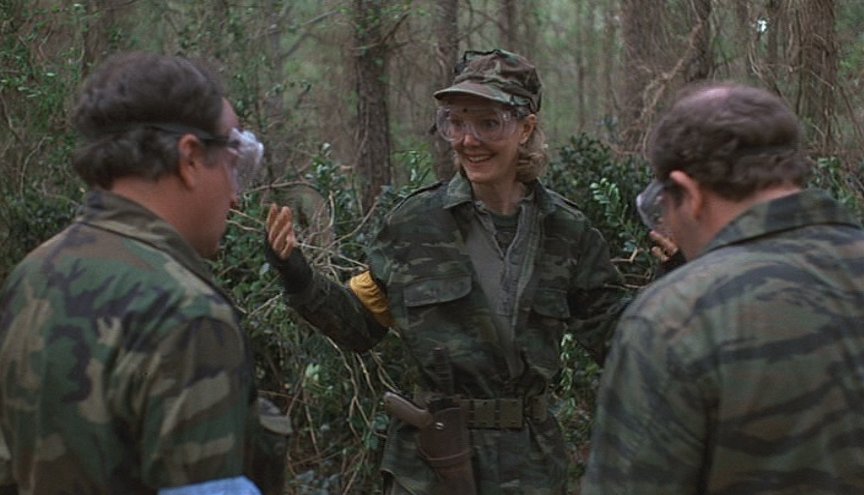 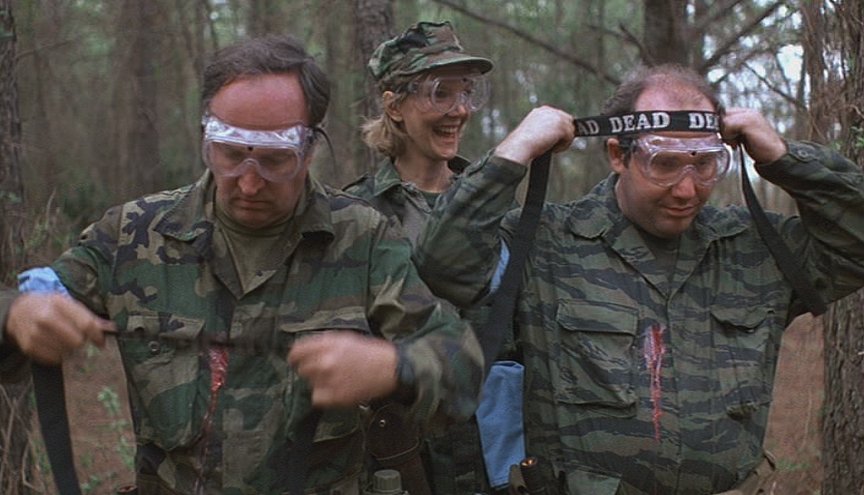 "Put on your headbands." Apparently in this old version of the game, eliminated players had to wear headbands declaring them as "dead". 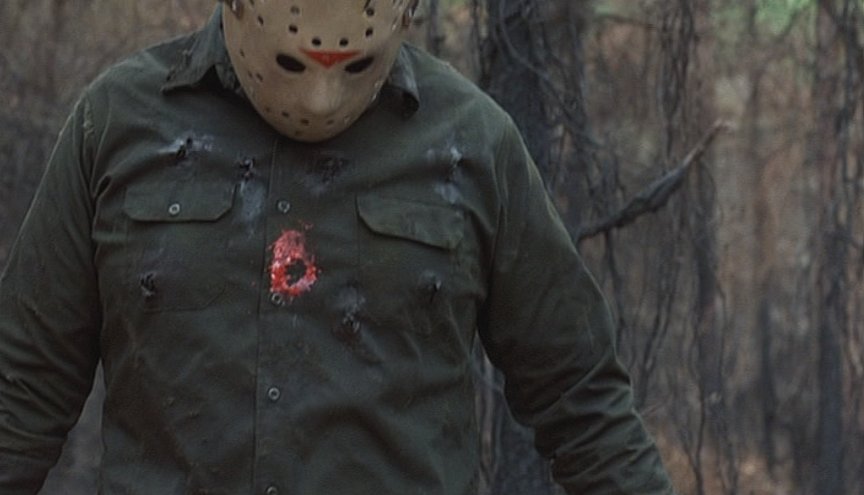 Meanwhile, Roy, who doesn't yet know the game is over, bumbles about the field until he runs into Jason (C.J. Graham.)
Naturally enough, Roy tries to shoot him. It doesn't help. :)